Sofia Kovalevskaya was born in Moscow on January 15th, 1850. She was the second of three children; her father was Lieutenant General Vasily of the Imperial Russian Army. She became fascinated with Calculus and Math at a young age. She had a private tutor to help teach her more about calculus and to attend University, she had to do it abroad because women weren’t allowed to attend in Russia. To be able to study abroad she created a “fictitious marriage” to Vladimir Kovalevskij to get the visa to leave Russia. 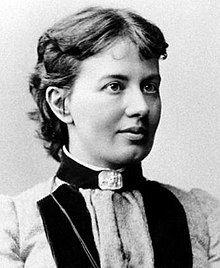 They emigrated in 1867 to Germany, where Sofia attended the University of Heidelberg. She left after two years of Mathematical studies at Heidelberg; she was privately tutored by Karl Weierstrass in Berlin. In 1874, she presented three papers on partial differential equations, on the dynamics of Saturn’s rings, and on elliptic integrals – to the University of Gottingen as her doctoral dissertation. She then got her doctorate in Mathematics Summa Cum Laude. She was the first women in Europe to hold that degree. Her paper on partial differential equations contains what is now commonly known as the Cauchy-Kovalevskaya theorem. This gives conditions for the existence of solutions to a certain class of those equations. She was able to secure a position as a privat-docent at Stockholm University in Sweden.

The following year 1884, she was appointed to a five-year position “Professor Extraordinarius” (Professor without chair) and became the editor of Acta Mathematica. In 1888, 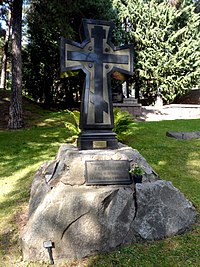 she won the Prix Bordin of the French Academy of Science. In 1889, she was appointed “Professor Ordinarius” (Professional chair holder) at Stockholm University, the first women to hold such a position at a northern European University. She was granted after much lobbying, a Chair in the Russian Academy of Sciences but was never offered a professorship in Russia. She was involved in the politically progressive and feminist movement of late nineteenth century Russian Nihilism. This involvement caused additional risk in her life, already challenges by the hardships caused by her difficult and underpaid career and exile in various European countries. She died of influenza on February 10th, 1891 at age 41 in Stockholm Sweden.